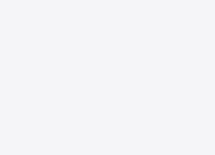 Janet, originally from Florida moved to Tennessee in 2009. Janet began working at Anderson Eyecare in April 2012. In 2011 she attended Kaplan Career Institute and majored in Medical Assisting. Soon after graduation she married her best friend Joshua and has a sweet stepson. In 2017 she decided to return to school for nursing and graduated in 2018. At Anderson Eyecare Janet enjoys working with patients to understand their visual concerns, and assisting where needed to ensure the office runs smooth and efficiently. In her spare time she enjoys spending time with her family and her german shepherd mix Abby, trying new recipes, and going camping.

Bad Weather or Emergency Office Closures will be updated on our Anderson Eyecare Facebook Page in the postings section.

At Anderson Eyecare, we believe it is important to keep our patients educated about healthy vision. Learn more about the anatomy of your eye with our Interactive Eye! Click and learn more.

Knowing what it takes to maintain healthy vision is important. As leading eye health providers, we have selected the resources in this section of the website to educate our patients about eye health, eyeglass lenses and frames, and contact lenses. We are committed to protecting your eyesight.

Following the guidelines of the CDC and the American Optometric Association, we will continue our modified COVID-19 protocols. Please be patient as we incorporate these new recommended protocols to enhance your safety.
Full Information